Uluru – Kata Tjuta National Park is the home of Ayers Rock, a huge monolith in the centre of Australia. The park also contains the nearby Olgas (or Kata Tjuta), but, as far as Australian national parks go, it is a relatively small at only 70kms wide.

The park was set up to protect the monolith, which retains the Aboriginal name of ‘Uluru’. 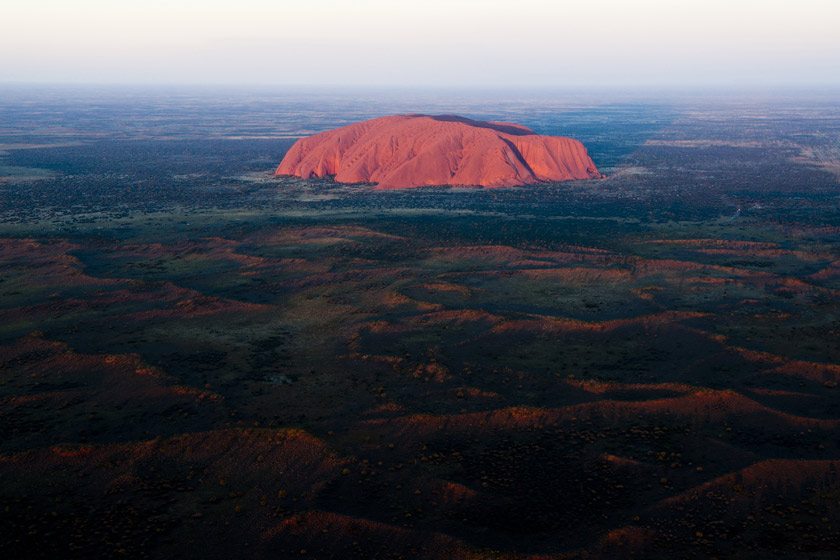 Alice Springs is the nearest main town to Uluru – Kata Tjuta National Park, about 460kms by road from the northern entrance.

The expanse sits in the southwest of the Northern Territory and is served by the Red Centre Highway (4), which first goes through the service town of Yulara, where all the accommodation and facilities for visitors to the park are best.

Uluru – Kata Tjuta National Park is a UNESCO World Heritage site and is considered sacred by the Aborigines, who were in the area 10,000 years ago.

The land was given back the ‘Anangu’ Aborigines after being occupied white settlers, although it is now leased to the Australian government and co-managed.

Although Ayers Rock is open to all (A$25 for a three-day pass) and visitors can climb the rock, the Aboriginals try to discourage this activity as they see it as disrespectful to their ancestors.

Visitors should also take note of any ‘No Photography’ signs, although the rule is generally not enforced. Parts of the park are off-limits to tourists, but they can walk right around. Visitors to Uluru can no longer climb up to the summit.

There are a couple of main viewing areas in Uluru – Kata Tjuta National Park; one to the west of the rock (for sunset) and the other to the east (for sunrise). The Olgas are another 35kms to the west of Uluru and are also worth a look.