Alice Springs Airport, located some 13kms from Alice Springs, offers an essential link to the rest of Australia as well as to nearby ranches, remote villages and the amazing tourist destinations of Uluru (Ayers Rock), Kings Canyon and the Kata Tjuta rock domes.

Established in 1921, the airport was a major transit point for RAAF troop-transport planes during WWII due to its location close to the Pacific Theatre of Operations.

By 1989, the complex was privatised and became a hub for the region, offering domestic flights as well as localised medical and other services. 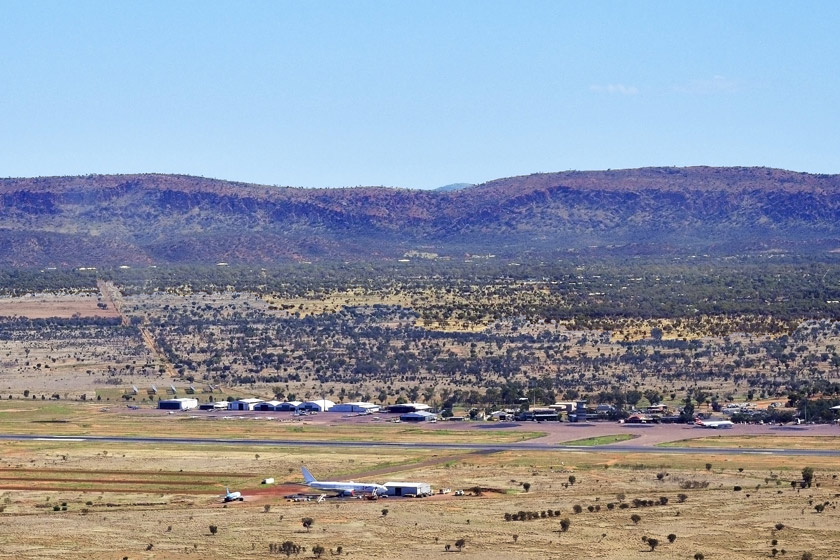 In 2011, it was selected as an ‘aircraft boneyard’ storage facility for out-of-date planes as its dry, arid weather is perfect for the preservation of aircraft.

Alice Springs Airport has two runways, one of which is long enough to accommodate landings by wide-bodied jets such as Boeing 747s and 777s, although fully loaded take-offs are not possible due to the soaring summer temperatures. Domestic flights from most major Australian cities are served, plus the occasional international charter.

The facility handles over 600,000 passengers annually and operates on a 24-hour basis, with its busiest route, Melbourne/Alice Springs, serving over 144,000 passengers a year.

Alice Springs Airport’s secondary function is as a launching site for stratospheric research balloons, with the runways closed regularly to accommodate the launches.