Sunrise and Sunset at Uluru

Experience the incredible wonder that is a sunrise and sunset at Uluru. The massive sandstone monolith rears above the surrounding Australian outback scrub, extending even further below ground.

The UNESCO World Heritage site of Ayers Rock – known also by its Aboriginal name of Uluru – is one of the world’s most mysterious religious sites, eclipsing even Stonehenge and far more ancient.

A sacred place for the region’s indigenous Aboriginal tribe since time immemorial, it draws hundreds of thousands of visitors annually to its giant terracotta dome.

The rock is sacred to the Anangu, with its surrounding scrublands believed to be the home of the tribe’s ancestors. Uluru means ‘Earth Mother’, and the vast rock is believed to hold a powerful energy source and marks the place where dreamtime began.

Sunrise at Uluru sees the terracotta-coloured surface bathed in flaming red and, at sunset, Uluru glows with blue and purple hues.

Controversy over climbing the rock is based on the Anangu belief that the only track was used by ancestral Mala shamans to access its flat summit on ceremonial occasions.

The most spectacular moment is a sunset at Uluru, when the vast monolith slowly changes colour through moody blue to mysterious purple. 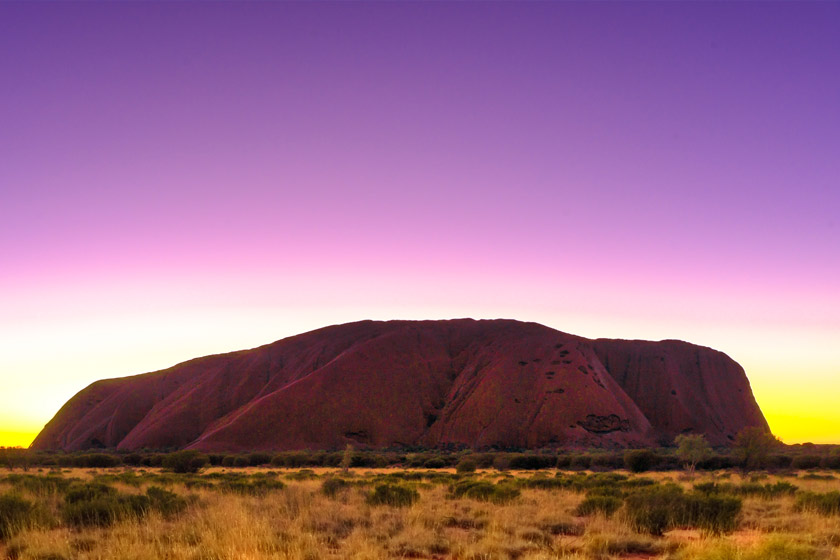 Uluru is set in Uluru-Kata Tjuta National Park, some five hours’ drive from Alice Springs, with the rock domes of Kata Tjuta also found in the park and sacred to the Anangu.

The desolate landscape has been inhabited for at least 10,000 years, and the summer heat can reach unbearable heights, forcing the closure of the area to visitors.

In contrast, temperatures during the summer nights can plummet.

Basing yourself in Alice Springs and taking a guided tour to the park is the best way to see sunrise and sunset at Uluru. 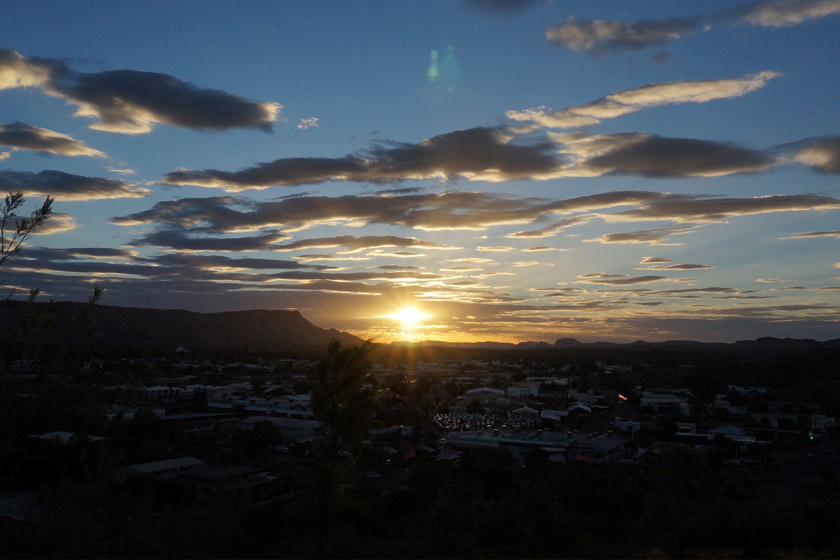 It’s an experience which will stay with you for the rest of your life, and photography is permitted at most locations around the monolith.

Sunrise and Sunset Tours at Uluru

Sunrise and sunset tour options at Uluru tours are quite broad; they can include hiking around the rock, having dinner nearby and watching the sunset, or taking in Uluru over breakfast at sunrise.