Where is Uluru?
Location, facts and map of Uluru

Uluru, one of Australia’s most famous landmarks, was known as Ayers Rock until 1993, when it was officially renamed Uluru. Dual-listed Uluru-Kata Tjuta National Park is one of the rare places in the world where ecological and cultural qualities are recognized.

So where exactly is Uluru located?

Where is Uluru National Park?

Australia’s most renowned monolith, may be found in Australia’s Northern Territory – in the southernmost region for that state. Alice Springs (pictured below), is the nearest major town – around 335 km (or about 468 km by road) northeast of of the rock. 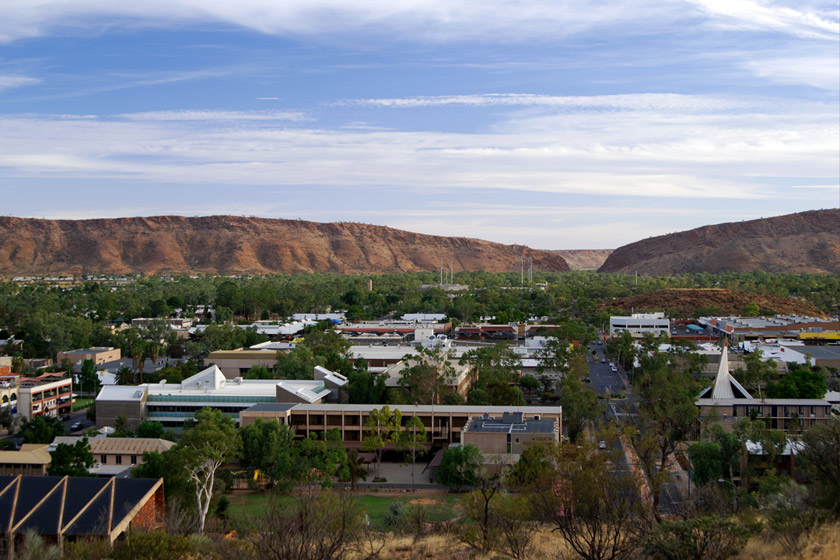 Geographically speaking, it is close to the centre of Australia and is best accessed from the town of Alice Springs. For those who are curious as to where Uluru is exactly, it lies right in the centre of Uluru National Park, just east of Kata Tjuta.

As Australia’s most famous natural scenery and a journey to the country’s red centre, this is an unforgettable experience.

Uluru Kata Tjuta National Park is Aboriginal land and we respect the Anangu people, the Traditional Owners of the land.

Uluru National Park was set up in 1958 as Ayers Rock–Mount Olga National Park and renamed in 1993 – to protect the great sandstone monolith, and although there is no accommodation or services within the park for tourists, there is an Aboriginal settlement in here.

It is just to the east of the monolith, while the tourist-centric town of Yulara (pictured below) is 20kms to the north, just outside the park boundary. 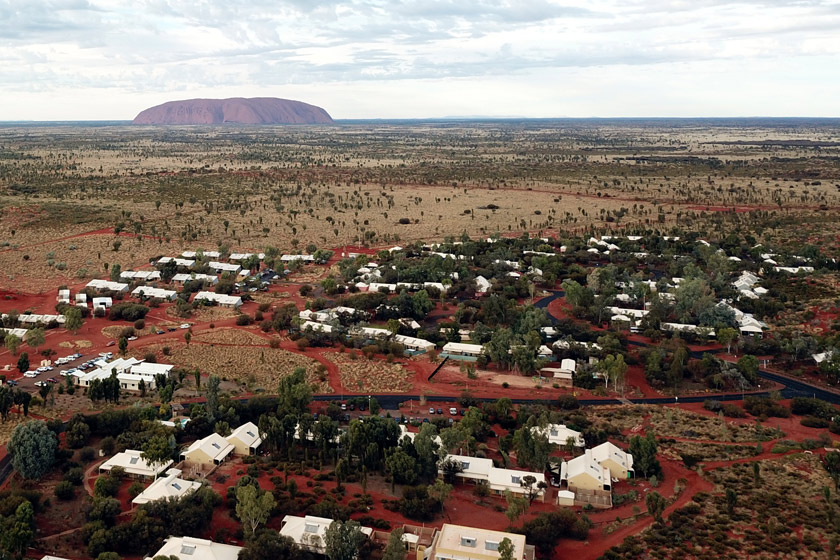 Buses run to Uluru from Alice Springs regularly, but those thinking of driving should be aware that it’s a good five hours one-way.

How Close Is Ayers Rock To Alice Springs?

Alice Springs is around 468 km (just under 5 hours drive) from Uluru. Simply head south from Alice Springs for 200kms along the Darwin-Adelaide Stuart Highway and then take a right onto the Lasseter Highway for 245kms until reaching Yulara.

The rock is due south of Yulara, about 20kms.

Those who drive in will need to pay a A$25 entrance fee for the national park, which lasts for three days.

Visitors are then free to park up near by and explore the area.

The drive to or from the rock is quite an experience and well worth it, taking travellers through the heart of the country.

The driving distance to Uluru is:

Tourists can also get to Uluru by flying, as the Ayers Rock Connellan Airport (airport code AYQ) is just a few kilometres to the north of Yulara, with regular flights running from Alice Springs.

You can fly directly to Yulara (the resort town near Uluru) from a few Australian cities. The flight time to Yulara is: