The area around Uluru was settled thousands of years ago, and although it was ‘discovered’ by the white man in the 1800s, Uluru and Aboriginal culture are very much entwined today. In fact, Uluru (Ayers Rock) is sacred to the local Pitjantjatjara tribe that live here. It was said to have come about during the much fabled Dreamtime. 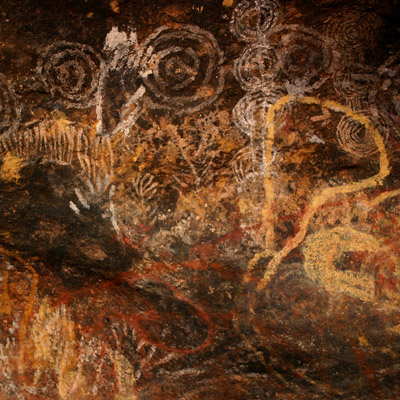 Although people have been visiting and climbing Uluru for years, the Aborigines would prefer they didn’t. Aboriginal ancestors walked the path that tourists do today, and many of the caves around the rock hold deep meanings for them and contain ancient rock paintings. Uluru is a World Heritage site, and although part of a protected national park, there may come a time when it could be off-limits to climbers.

Why is Uluru sacred?

Aboriginal culture dictates that Uluru was formed by ancestral beings during Dreamtime. The rock’s many caves and fissures are thought to be evidence of this, and some of the forms around Uluru are said to represent ancestral spirits. Rituals are still often held today in the caves around the base where ‘No Photography’ signs are posted out of respect.

To learn more about Uluru and Aboriginal culture onsite, the Uluru-Kata Tjuta Aboriginal Cultural Centre is the place to visit. It lies just south of Uluru in an intriguing building. The Anangu people here tell visitors stories about their ancestors and the rock in general. There are also arts and crafts available for purchase in the souvenir shop.

Visitors can also do Anangu Tours with Aboriginal guides in order to gain more insight into Aboriginal culture and Uluru. These encompass the Liru Walk, and tourists get to learn about the Blue Tongue Lizard Man while learning traditional bush skills.